The story behind the story

Almost 2,100 young men from Portage County served in the American Civil War. More than 300 died in battle or from disease or accident.

As part of the 150th commemoration of the Civil War, JMC Professor Fred Endres and several Kent State students are telling some of their stories.

Through a 90-minute documentary and an accompanying website, Endres and students from the School of Journalism and Mass Communication and the Department of History examine the war time experiences of seven of “The ‘Sojer Boys’ of Portage County.”

The documentary uses the letters and diaries of the men as they experienced the outbreak of war, enlisted in the military, received rudimentary training, and faced the twin terrors of camp life boredom and battlefield terror. 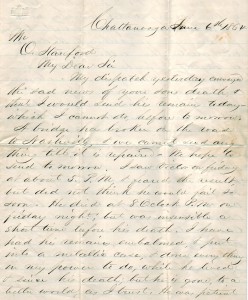 “It’s an extraordinary story that we’ve been privileged to tell,” Endres said. “Both in the documentary and on the website, there are fascinating stories of men dealing with circumstances they probably never imagined.”

The documentary follows men who lived in the small towns of Portage County – Hiram, Windham, Randolph, Mantua, Brimfield and Franklin Mills (Kent). Before the war, they worked as farmers, blacksmiths, carpenters and teachers.

Two of the seven men in the documentary do not survive the war. One is killed at the Battle of Franklin, Tenn., and one dies as a prisoner of war at Andersonville, Ga.

Although several students helped out to one degree or another on the documentary, four contributed major time and effort: Margaret Stahl, a graduate student in JMC; Philip Shackelford, an undergraduate in history and music; Felicia Wetzig, a graduate of the history master’s program and now a graduate student in the School of Library and Information Science; and David Busch, a history department graduate.

Nine Kent State and University of Akron students provided voice-overs for the soldiers’ letters and diaries. 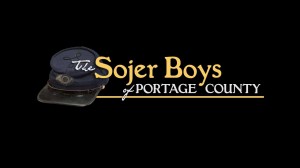 Expert commentary was provided by four local residents: Richard Staats, of Suffield, a prolific Civil War author specializing in local regiments; Dr. Leonne Hudson, professor of history at Kent State who specializes in the Civil War period; Wayne Enders, author and president of the Portage County Historical Society; and Jackie Weaver Woodring, descendant of a soldier in the documentary and an activist for recognition of soldiers who served in the war.

Serving as narrator was Gary Hanson, professor of journalism and mass communications.

Shooting video and stills photographs were Tom Song, a JMC student at Kent; Dustin Lee, of the Kent State University Communications and Marketing Department; and Jon Endres, an English and history major at the University of Akron. Bobby Makar, a recent JMC masters grad in electronic media production, did graphics and final editing.

The documentary uses more than 600 vintage photographs and illustrations, most provided by the Library of Congress and the National Archives. Many also came from descendants of local soldiers or from private collections or archives.

The website provides a home for the documentary, but also tells many other stories about local soldiers and issues that would not fit in the documentary. Margaret Stahl built the website and served as managing editor. Much of the copy was provided by Shackelford, Wetzig, and JMC magazine journalism major, John Milligan.

As the country commemorates the 150th anniversary of the Civil War, Endres says he hopes the documentary and the website draw attention to the hundreds of thousands of young men and women, north and south, who served as soldiers, nurses, chaplains.

“The war often times has just been about massive armies and important generals,” he said. “It was too impersonal. I wanted to cut through all that, look at local people and talk about their war experiences.”

January-March 2011
• Four students and professor research and write position papers on Portage County before, during and after the Civil War: demography, economics, politics, social life, communication
• Begin search for local soldiers and their letters, diaries and photographs
• Begin search for photographs and illustrations

April-May 2011
• Find ‘expert commentators’ to appear on camera
• Decide on soldiers to tell the stories of; transcribe letters and diaries by events and key topics; find photos of them and their families/friends in the 1860s.
• Continue research on soldiers, their regiments, their war time experiences
• Find students to record soundbites from soldiers’ letters and diaries 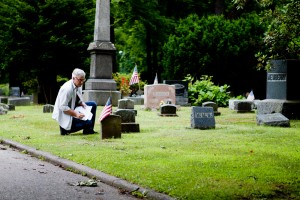