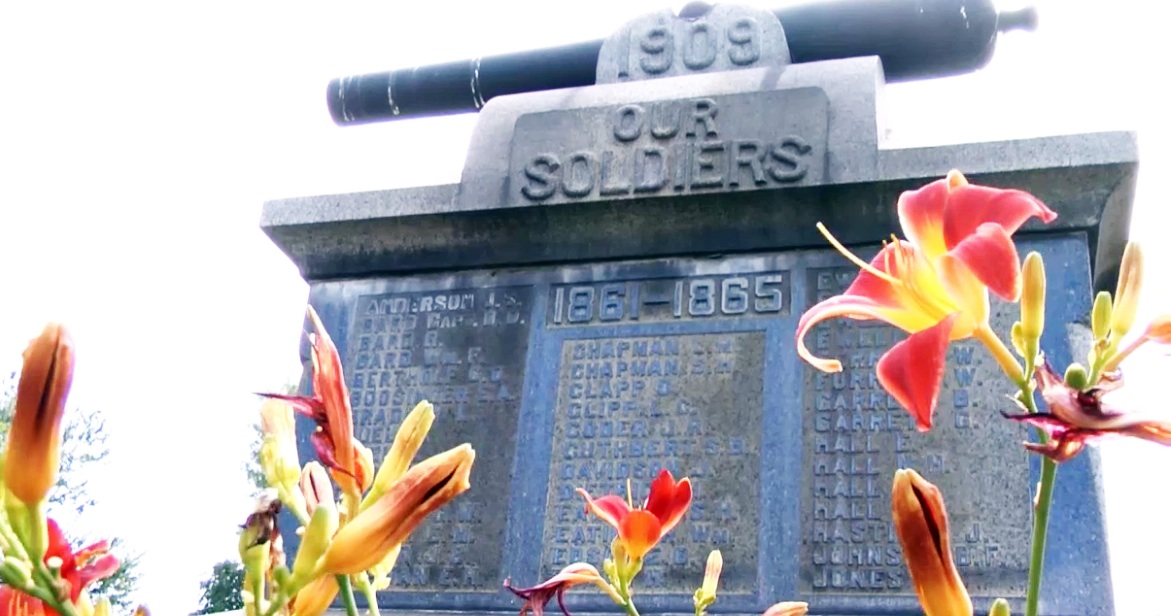 This monument in Brimfield pays tribute to its Civil War soldiers. Photo by Jon Endres.

Four years of fury. The Civil War was the seminal event in the lives of a generation. It changed and shaped American families, politics and culture. More than three million men fought in the war, north and south. Somewhere between 620,000 and 750,000 men died in battle or from disease or accident. About 2,070 men from Portage County, Ohio served in the war: farmers, blacksmiths, teachers, shopkeepers. More than 300 died. Using letters and diaries, “The ‘Sojer Boys’ of Portage County” is a 90-minute documentary that tells the stories of those men, focusing on the experiences of seven men from the county. The documentary aired in February 2013 on Western Reserve (Ohio) PBS. Copies of the DVD are for sale at the Kent Historical Society and the Portage County Historical Society, with all proceeds going to those organizations.