For some Civil War soldiers, the idea of pledging allegiance to the other side was much more attractive than wasting away in a prisoner of war camp.

Confederate soldier John H. Thomas was one such person.

Born in Virginia’s famous Shenandoah Valley, Thomas was brought up in the same Southern political atmosphere as Robert E. Lee and Stonewall Jackson. When war broke out in South Carolina, Thomas was loyal to the cause and enlisted in a Virginia regiment in 1862.

Approximately one year later he was captured by Union forces in Richmond, the capital of his own state. 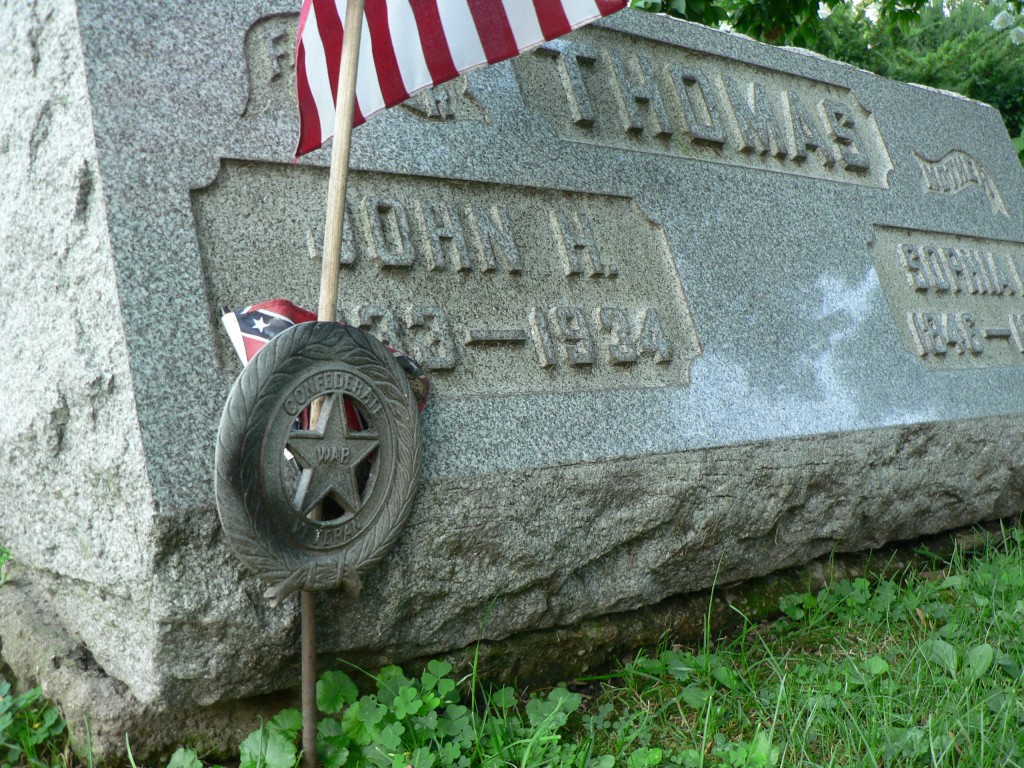 As a young man of twenty-nine, Thomas was still hopeful to have a full life ahead of him. Between poor living conditions, rampant disease and a variety of other decrepit conditions of prison camps, Thomas changed sides. He had only been imprisoned four days before he pledged allegiance to the United States. Soon after, he was a free man.

It didn’t take long for this Virginia native to feel quite comfortable in his adopted hometown. Following a journey through Washington D.C. and New York City, Thomas landed in Franklin Mills, Ohio, where he began working for the local railroad company. His first jobs were digging ditches, moving loads of stone and, eventually, running the stables.

After a brief stint in the livery business, Thomas returned to the railroad company to work in the lumberyard. From then on, Thomas remained employed at the railroad, gradually working his way up and becoming an instrumental part of making Kent a major railroad center.

By the time of his death in 1934 Thomas was a well-known, respected, and much-loved member of the Franklin Mills community.

As to whether John Thomas ever reminisced for his old Confederate days – no one knows. But from the respect he received in the north, it can be assumed he led a productive life here in Kent and left his adopted community proud.